Vladimir Kantor on the channel "Culture"

On May 17, 2017 the head of the International Laboratory for the Study of Russian and European Intellectual Dialogue took part in a conversation about the work of Francisco Goya in the program "Nabludatel". 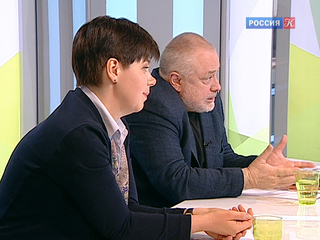 "All will fall. And those who are about to fall will not take warning from the example of those who have fallen! But nothing can be done about it: all will fall " (Francisco Goya).

"Don Francisco Goya invented and etched a series of prints of whimsical subjects. The artist, persuaded that the censure of human errors and vices—though it seems to belong properly to oratory and poetry—may also be the object of painting, has chosen as appropriate subjects for his work, among the multitude of extravagances and follies which are common throughout civilized society, and among vulgar prejudices and frauds rooted in custom, ignorance, or interest, those which he has believed to be most apt to provide an occasion for ridicule and at the same time to exercise his imagination " (Madrid, 1799)

Guests in the studio: literary critic, Doctor of Philosophy, ordinary professor of the Higher School of Economics, head of the International Laboratory for the Study of  Russian and European Intellectual Dialogue Vladimir Kantor; Art critic, curator of the State Tretyakov Gallery Kirill Svetlyakov; Candidate of historical sciences, leading researcher of the historical faculty of the Moscow State University named after Lomonosov Ekaterina Yurchik.
Host: Fyokla Tolstaya

Link to the program “Spectator. A dream of reason gives birth to monsters”