Professor Kissel’s Speech in the St. Petersburg branch of the Higher School of Economics

On June 20, Professor Wolfgang Kissel, a leading research fellow of the IL for the Study of Russian and European Intellectual Dialogue, presented his report "From October Revolution to Soviet Civilization. On the emergence and transformation of a Stalinist discourse" in the National Research University Higher School of Economics in St. Petersburg.

Abstract of the report:

The Russian concept of civilization / civilizaciia gradually emerged out of a large semantic field of synonyms (as for instance, culture, civility, education, enlightenment, improvement of manners and customs, perfectibility of human existence, pacification and settlement of savage tribes) and antonyms (mainly barbarism and barbarity, wildness, cruelty, decay, decline, decadence), a process which was closely linked to the development of a multi-ethnical and multi-cultural Russian empire and spanned most of the 18th  century and developed further throughout the 19th  century. The loss of confidence in a continuous and potentially limitless improvement of living conditions on the planet anticipated the catastrophe of World War I, which definitely undermined the material basis and the intellectual reference system of the civilizational paradigm. In the early Soviet Union, the complete break with the Tsarist past and the formation of a one-party dictatorship was followed by a rapid reconstruction of a multi-national empire dominated by military power and with a high affinity to violence. After the October Revolution, most Bolshevik intellectuals thought that the concept of civilization was obsolete and should be left to the Western bourgeoisie. Nevertheless in the mid-1930s, the Russian translation of a two volume report on the Soviet Union by Beatrice and Sidney Webb, British Fabian socialists, prepared the way for a reappraisal of the concept of civilization in the inner circle of power. From the new point of view, a Soviet civilizational discourse seemed to combine the self-assertiveness of a young industrialized empire with the achievements of science and social progress. Towards the end of World War II, Stalin used the concept of civilization in a speech celebrating the triumph of the Red Army over Nazi barbarity, thus reopening the old divide (civilization versus barbarity) and recasting it in a new Soviet mold. The usurpation of the very term for peaceful and prosperous coexistence and its integration into the official language of the totalitarian Soviet Union proved highly efficient. The discourse of a superior Soviet civilization capable of overtaking its rivals was to become a main strategy of external and internal propaganda in the post-Stalinist era, promoting, among other things, the construction of gigantic industrial sites regardless of ecological damage and economic decline. 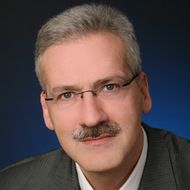