Ivan Ilyin's report "Religious Philosophy as an Experience of God's knowledge: S. N. Bulgakov and S. L. Frank on the Relation between Philosophy and Religion"

On April 30, 2020, within the framework of the seminar "Dialogue between Russia and Europe: Ideas of Young Researchers", there was made an online report by Ivan Ilyin, a graduate student at the HSE School of philosophy and a research assistant at the Laboratory

The report attempted to analyze the historical and philosophical views of S. N. Bulgakov and S. L. Frank on the meaning of religion, the nature of philosophy and the essence of philosophical knowledge in the structure of religious experience. The author considered the correlation between religious and philosophical ideas of the two thinkers and their positioning relative to each other. The author formulated the problem of the relationship and mutual influence of religious faith and philosophical reason in the work of Bulgakov and Frank and raised the question of what role the major thinkers of the Silver age had assigned to religious philosophy in the spiritual life of a Christian. The question of the place of conceptual thinking in the experience of understanding the Absolute was also clarified. The author put forward a thesis about the role and significance of religious philosophy as a necessary beginning of discursive comprehension of the truths of faith (Bulgakov) and a holistic understanding of being (Frank). 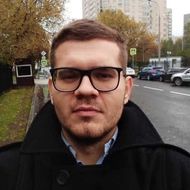