On February 17, 2020, as part of the regular seminar “Dialogue between Russia and Europe: A View of Young Researchers” of the International Laboratory for the Study of Russian and European Intellectual Dialogue, a report was made by Alexander Melnikov, a bachelor student at the School of Philosophy of the Higher School of Economics, a research assistant of the International Laboratory of Logic, Linguistics, and Formal Philosophy (HSE)

Lev Shestov was quite firmly assigned the title of an ardent irrationalist, so consistent in the revolt against reason, that some researchers claimed that this was the main task, even the "only pathos" of his works. But the current state of philosophy allows new interpretations to arise. Thus, Professor T. Obolevich compares Shestov with Kant, emphasizing that they perform a similar task of cleansing the faith of inappropriate metaphysical claims of the mind (Obolevich Teresa, Faith and Science in Russian Religious Thought).
Supporting the idea of this similarity, the author of the report emphasizes that Shestov himself distinguished Kant among the new European classics because Kant more than others was removed from the spirit of Spinoza that dominated the era. Both Kant and Shestov tried to overcome both dogmatism and skepticism. But the Kantian project of such overcoming did not suit to Shestov, and he developed his own method - “dogmatic dogmatism”. How does this method work and are there any reasonable grounds to prefer it to the philosophy of criticism?
Trying to answer these questions, the author picks up Shestov’s idea that Kantian criticism is more likely an apology of reason, and its result is only a stronger dogmatic dream. Contrasting the ideal of consistency with the ideal of philosophical vigilance, the author proposes to consider Shestov's philosophy, based on attention to the complexity of the world given to us, as a more reasonable conclusion from Kantian antinomies than what was proposed (including in ethics) by Kant himself.

Video recording of the workshop. 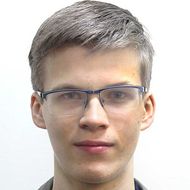